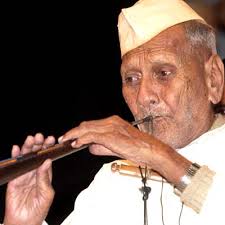 The classical form of the Indian music is already quite well known (for example, Bihar has produced musicians like Bharat Ratna Ustad Bismillah Khan and dhrupad singers like the Malliks (Darbhanga Gharana) and the Mishras (Bettiah Gharana)) and the classical music in Bihar is but a form of the Hindustani classical music. Hence this article deals with the folk culture of Bihar which is rather distinctive.

Bihar is among the few Indian states which has a rich subaltern culture. The region’s folk songs are associated with the various events in the life of an ordinary person. There are songs like sohar – performed during childbirth, sumangali – associated with wedding, ropnigeet – performed during the season of sowing paddy, katnigeet – performed during the paddy harvesting season, purbi, chaita, hori, bidesia, ghato, birha, kajari, irni/ birni, pachra, jhumar, jatsari, aalah, nirgun, and samdaun. There is also the tradition of war songs called Beer Kunwar.

The influence of Bihari music in seen in regions such as Mauritius, South Africa and the Caribbean, where a large of Bihari indentured labourers were taken as coolies during the nineteenth century.

There is a great tradition of folk songs started by Bhikhari Thakur, the redoubtable artist from the Bhojpur region.